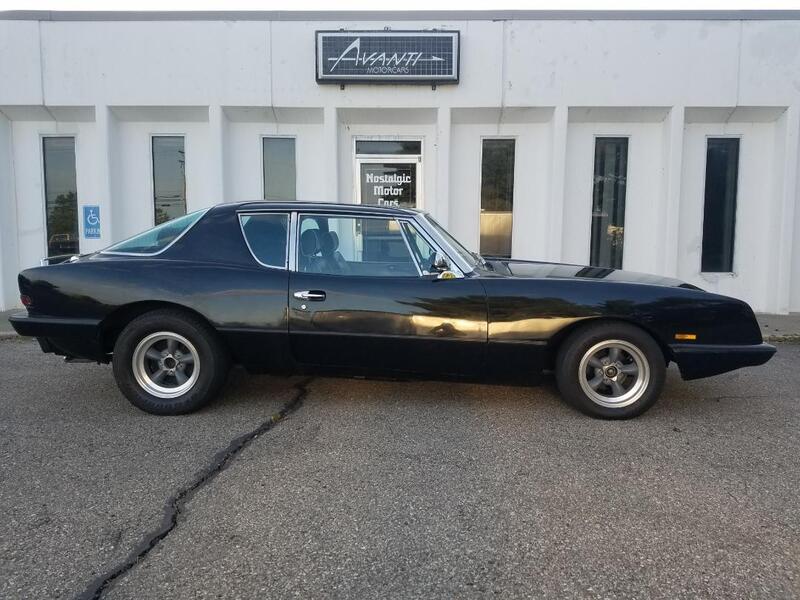 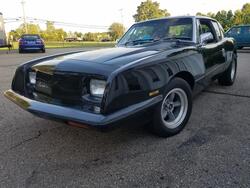 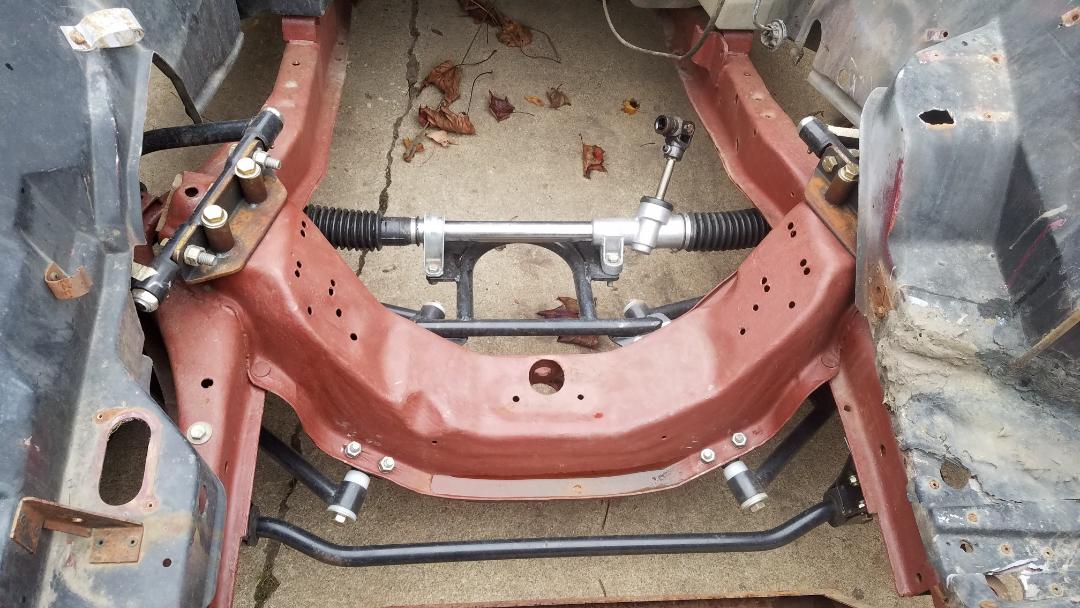 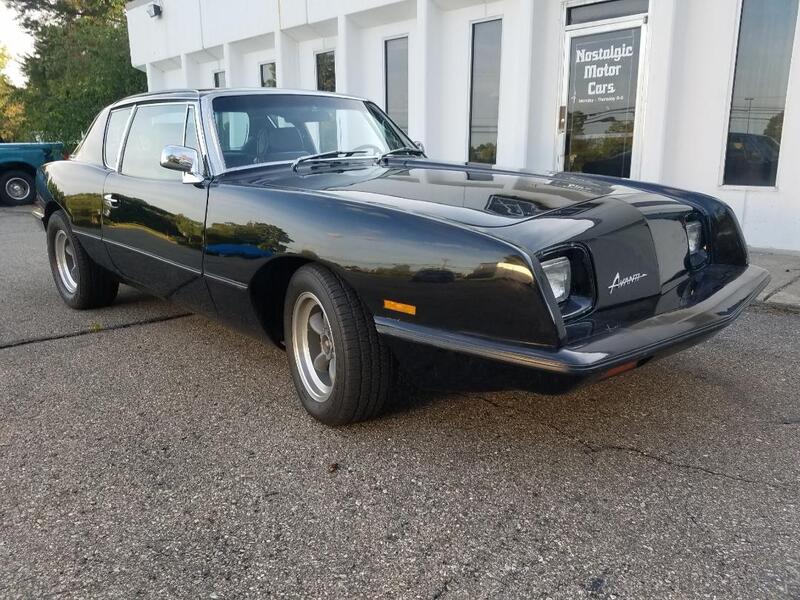 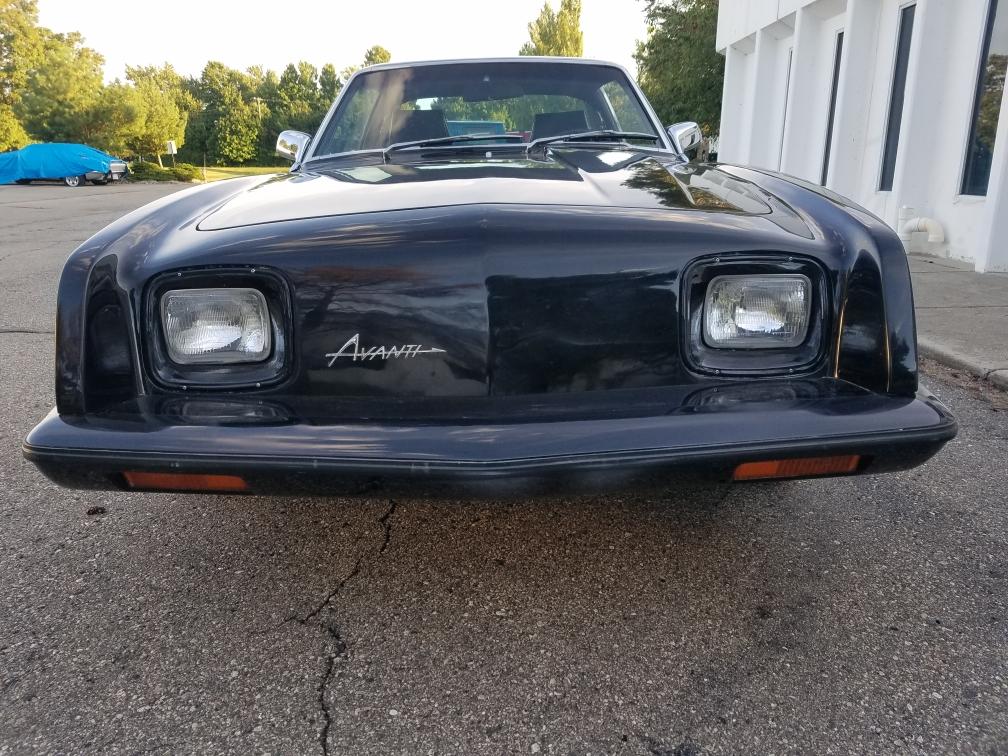 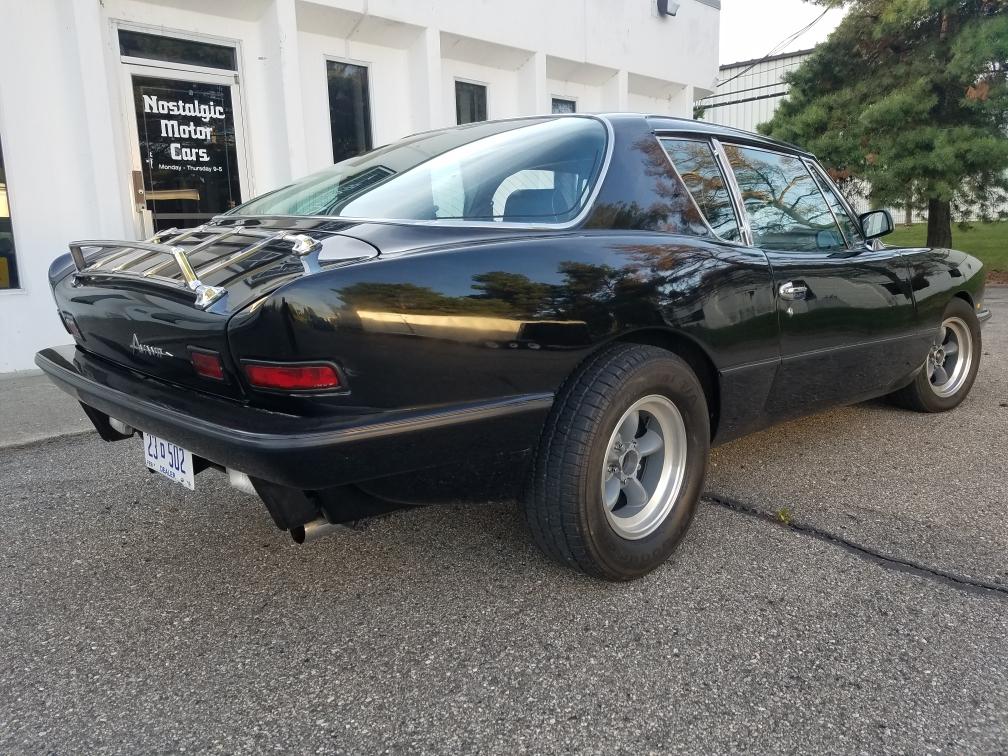 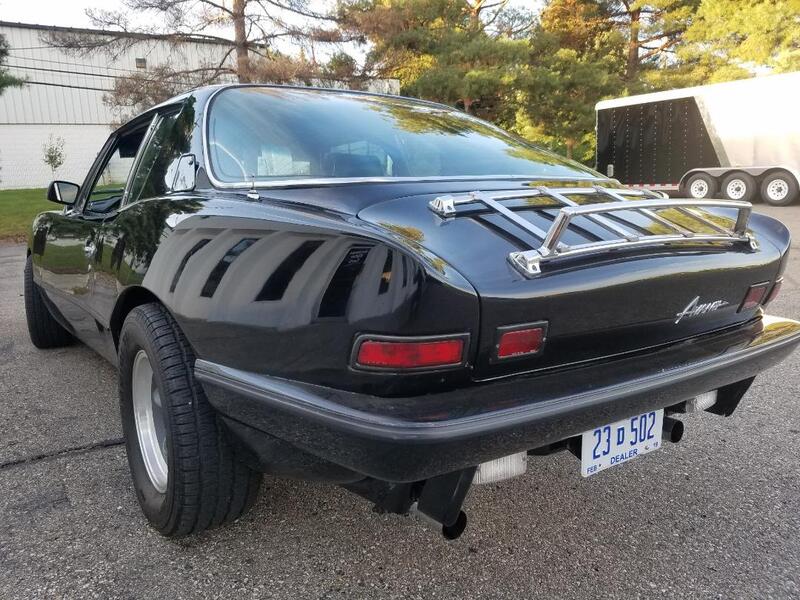 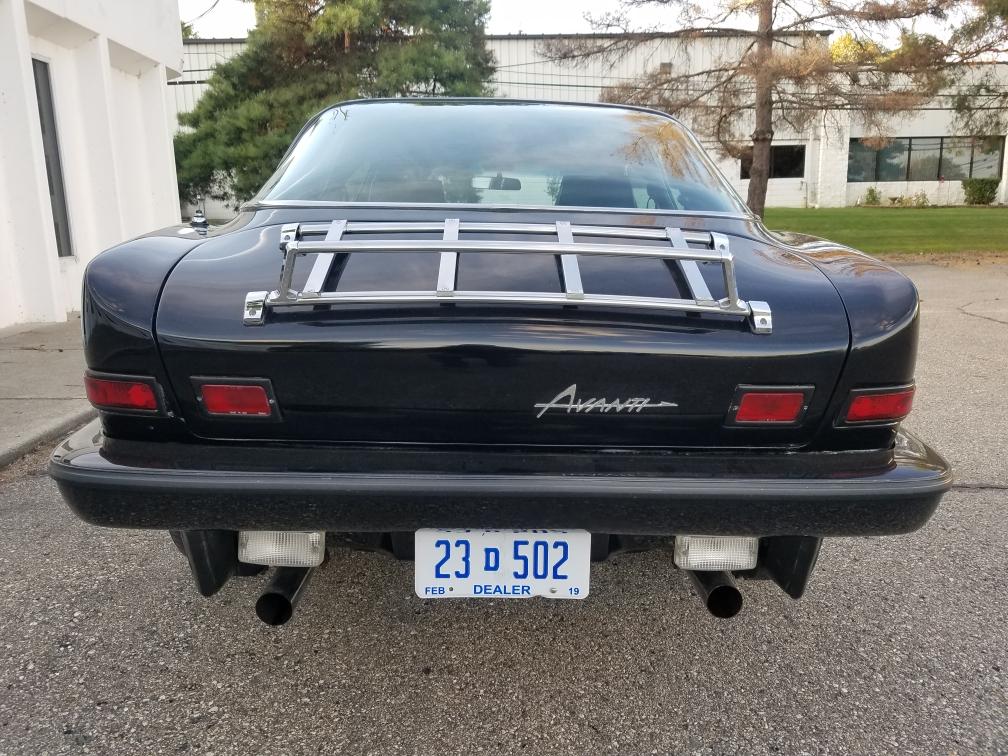 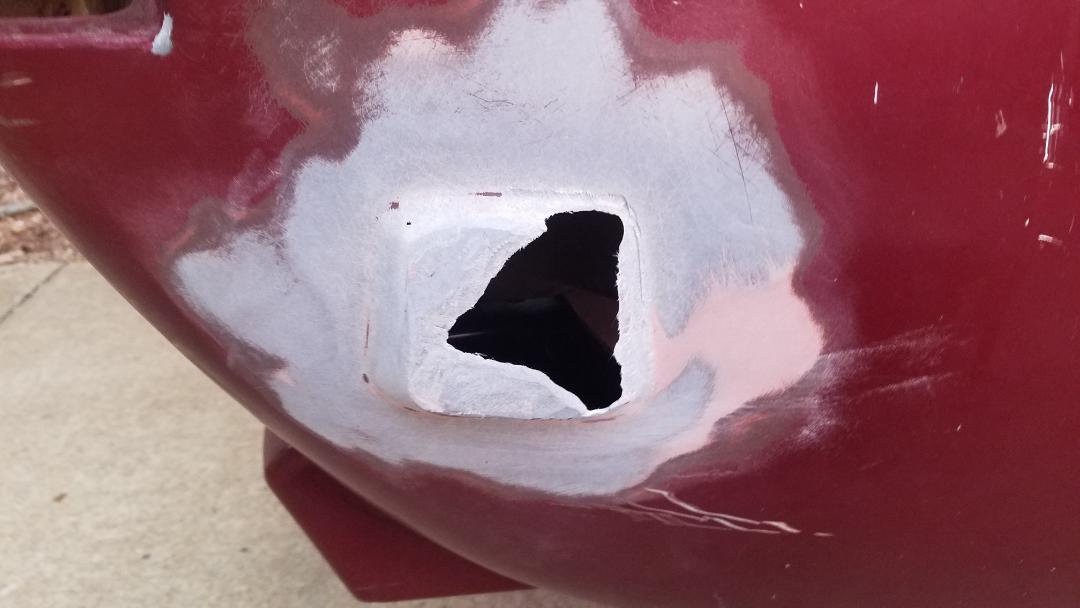 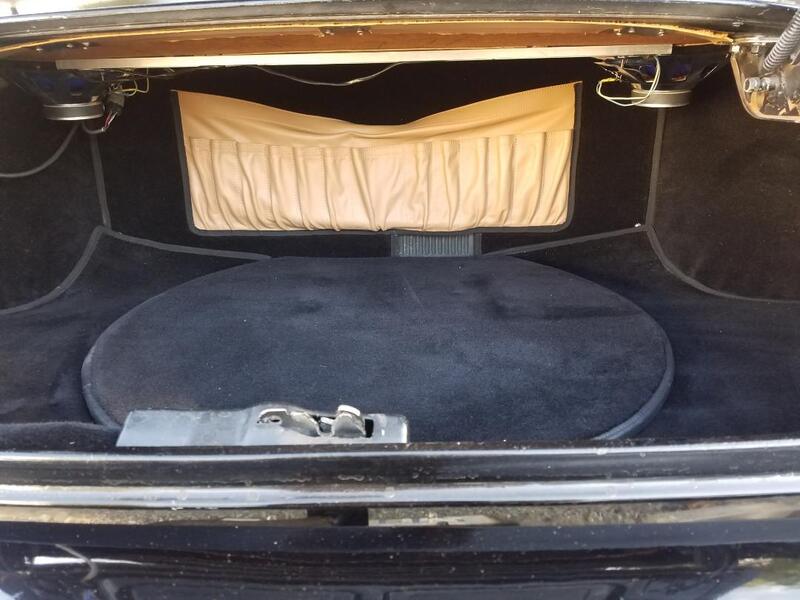 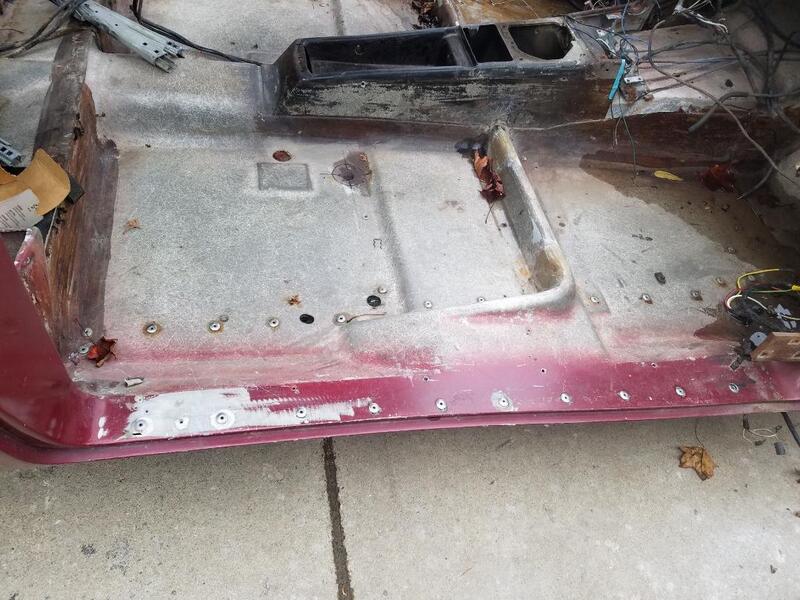 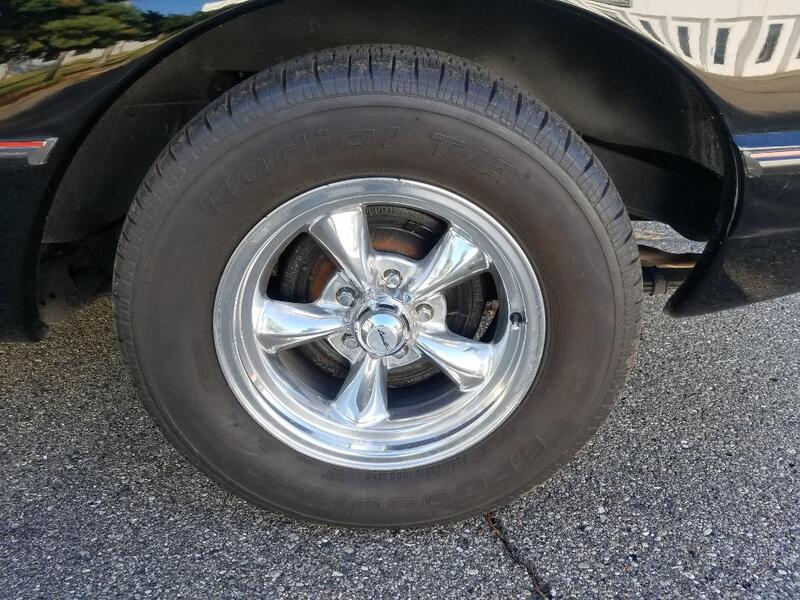 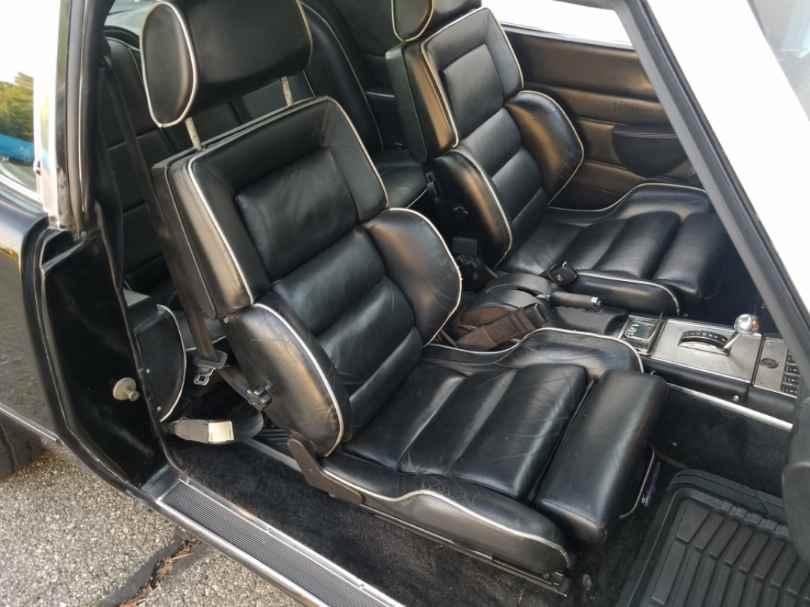 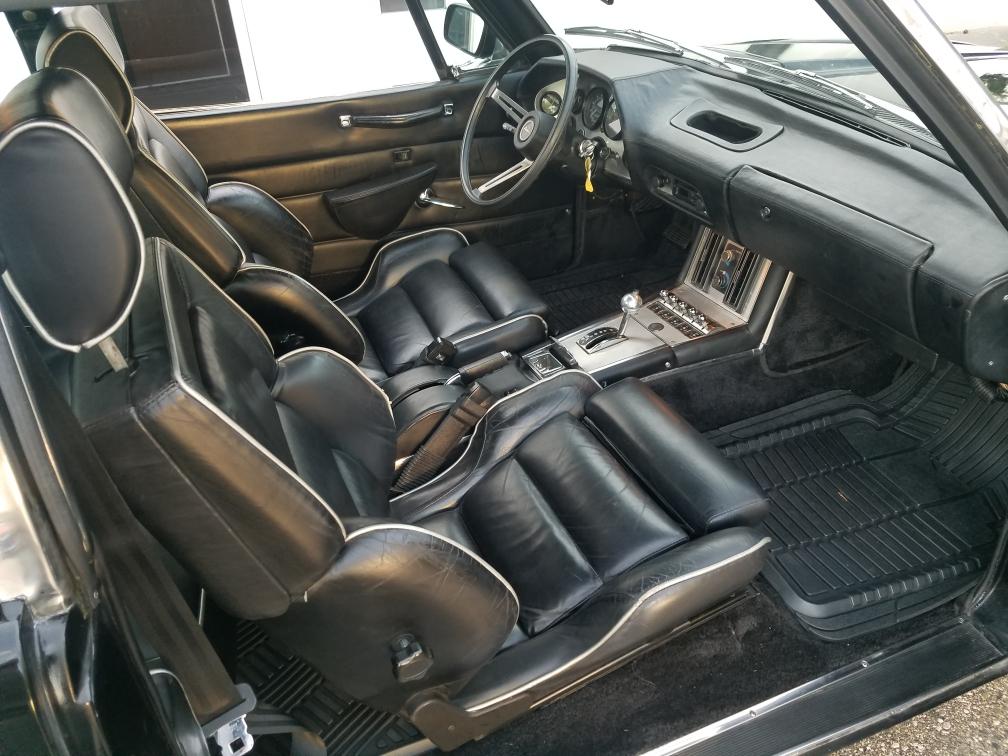 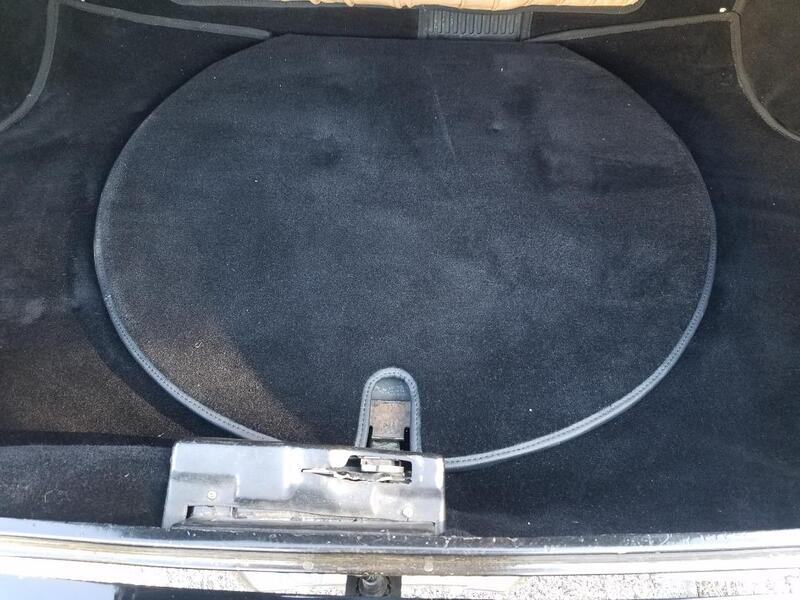 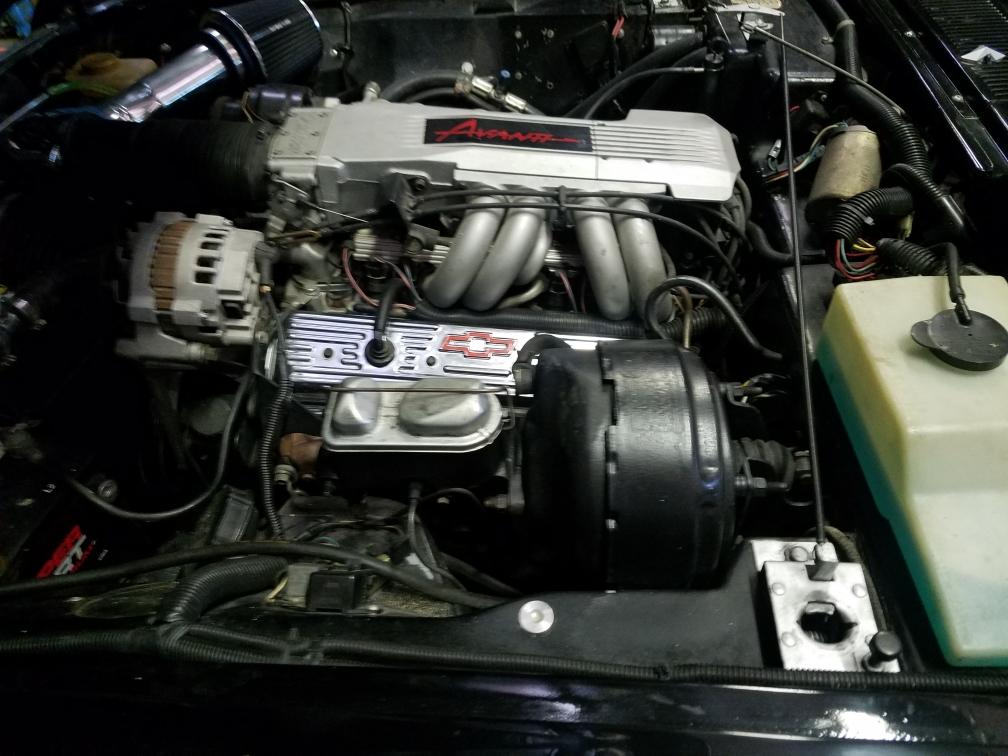 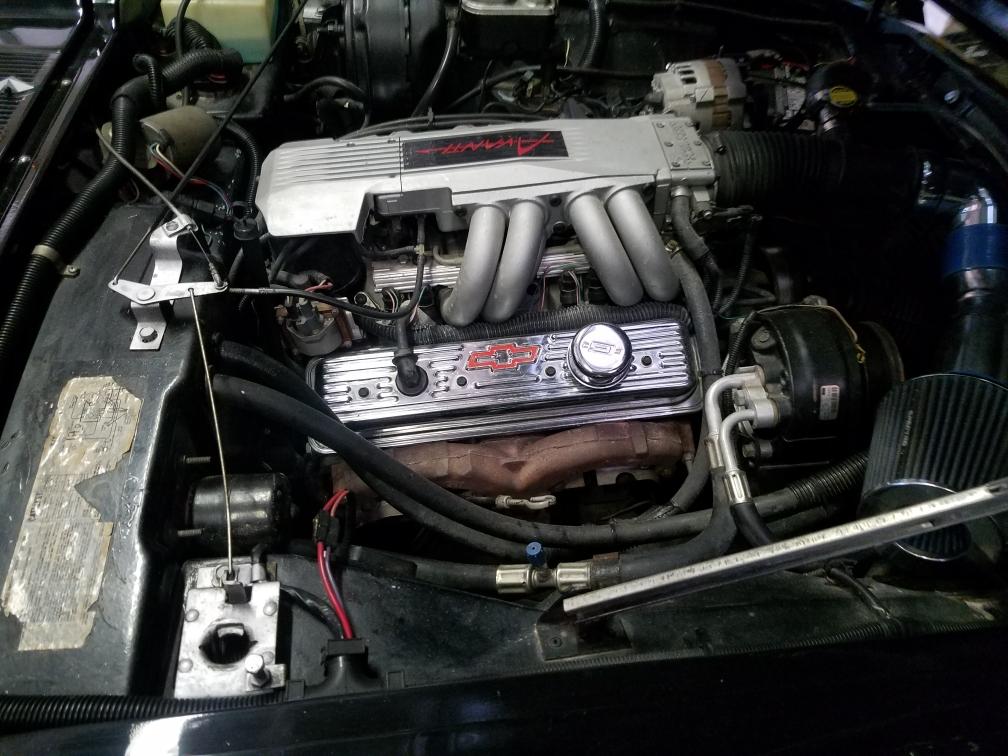 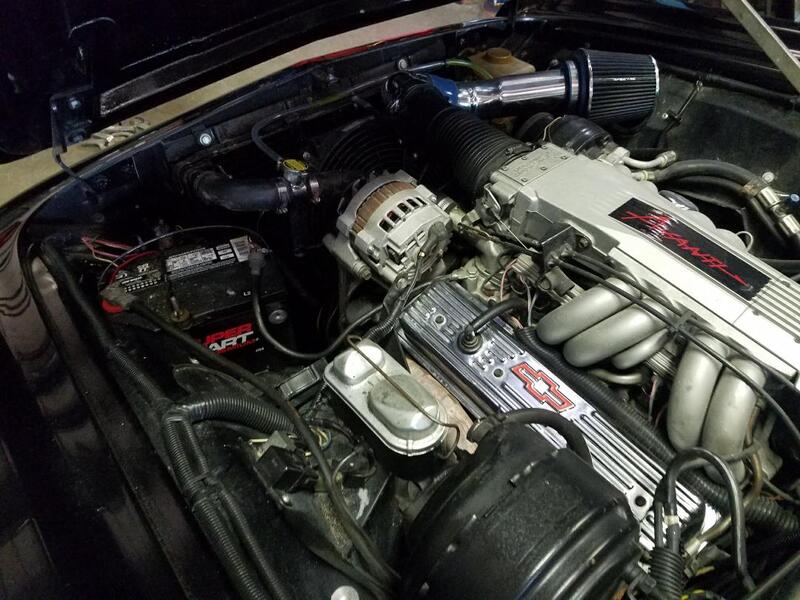 I ordered this special Avanti on 10-10-83, for the Detroit International Auto show, which was held in January of 1984.  Nostalgic Motor Cars would book space every year for their fantastic new Car Auto Show.  Journalist and car enthusiasts, alike, from all over the world would come to this 10 day event.
Avanti Motors would send a factory representative for the first Saturday and Sunday to help me out.  The balance of Monday thru Sunday I was there by myself.
I was always located by the main front door entrance with the other specialty cars.  My theme for the 1984 International auto show was black and chrome, or silver.  They had moved me to the very back wall of the show, but that didn’t hurt my sales!  I sold 4 new 1984 Avantis, which the factory told me that no other Avanti dealer ever sold 4 new Avantis at a show.
I ordered Black paint, moonroof, black leather (eagle ottowa) with silver metallic leather welting, brushed silver aluminum dash and console, luggage rack, touring coupe partial option, HO engine and black carpet.  This car was a total knock out at the show.  Maybe that’s why I sold 4 cars including this car. Wednesday was senior citizen day, where they could get in at a discounted price.  Early afternoon I was behind the ropes, leaning against the drivers door, A gentleman about 25 years my senior had been admiring this gorgeous black Avanti for some time.  He walked up to me and stated “I bet you think I can’t afford this car”.  I said that does not matter, would you like to set in it?  You can if you aren’t wearing those designer jeans with all those fancy buttons and etc.  He thought that was real cute and returned my smile.
The window sticker was about $37,000.00. As he was setting in the drivers seat he asked what would be the  price with sales tax, plate and title transfer.  I gave him the price and he said I will take it !  I will pay you for it but you have to keep it until weather breaks, in about 2 months.  He also asked if I could deliver it, to the down town Detroit area to the Detroit Athletics Club.  I said yes if he could drive me to my Brother’s place of employment, on the Detroit River, as I can get a ride back to my dealership.
He called me in Early spring and we arranged a day for the delivery.  It was a bright sunny, dry day.  As he is driving his new Avanti for the first time on the busy Detroit streets, heading for the Detroit river, he said “I always felt you should be wearing a cap when you’re driving a car like this”.  How cool is that?  He only drove this Avanti in the summer on very nice days.  Unfortunately he passed away in late summer of 1992.  He truly loved this car and had wanted an Avanti, since 1962.  He said the car always made him smile, when he looked or drove his dream car.
I purchased the car back from the family in Oct of 1992.  I put an ad in Hemmings Motor News and sold it to the first person that called on it.  He bought it sight unseen, in late October of 1992, with the stipulation that I would deliver it in person with my truck and enclosed trailer, to North Carolina.  He sold the car back to me in  December of 1998 and the amazing thing is, it was still in pristine condition, just like I sold it to him, 6 years prior.  Again I put an ad in Hemmings Motor News, and a customer from Missouri was the first person to call on it. I sold it to him sight unseen and he also paid me to deliver it in person , in December of 1998.
He was aware of the paint problems that Blake had with his production and chose to have the car repainted.  the black repaint is now 20 years old, and still looks fantastic !  The Avanti had about 50,000 Miles on it when the 3rd owner purchased it.  At about 80-90,000 miles he had the 4 speed automatic trans rebuild and wanted more horse power and had the Jasper 350 stage 2 (I think), installed about 365 H.P with corvette fuel injected added for about 400 H.P.  The engine and transmission have about  17,000 miles on them.  It still has the original axle ratio of 2:87 or 2:89  I can never remember, which it is.  The odometer reads 102,150 miles

This Avanti was never driven in bad weather of any kind.  The hog troughs are in excellent near perfect, original condition, as is the frame, and the original black leather interior.  The chassis will have some patina, of very light surface rust and original paint.  No fresh black paint or undercoating over rust, or rusted hog troughs to disguise a rusty condition, and above all no reproduction hog troughs!  The moonroof does not leak. I rebonded it under warranty for the first owner.
NOTE: This Avanti has had the catalytic converter removed and true dual exhaust installed, so check with your state to see if it will comply.